I was ecstatic to unwrap one of my Christmas presents this year to find a waffle maker. Being the Belgian waffle lover that I am, it was only natural that I should receive an iron of my own. As I lay in bed the night after receiving it, I pictured what it would be like to make my own waffles. 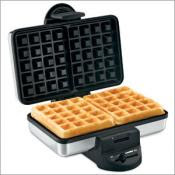 Picture the scene with me:

The perfectly mixed batter, which practically made itself, was poured into the waffle iron. Each little waffle square rejoiced as it was filled with such battery goodness. The lid is pressed down and gentle and re-assuring sizzling ensues. After an impossibly short time, the ready light comes on – it’s wondrous green light flooding the room. Somewhere the ethereal chorus of children fill the room as I lift the lid. A billowing cloud of delicious steam envelopes me as I peer inside. They are perfect waffle specimens! Golden and fluffy, the savoury waffles practically leap onto my awaiting plate. Cheers can be heard from the adjoining dining room as I bring in the platter of mouth watering, steaming, exquisite and delectable waffles into the throng of eager diners: “He’s done it again! For he’s the jolly good fellow, for he’s...” 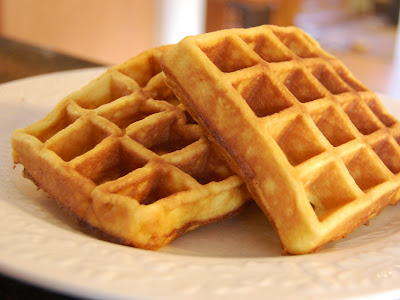 Unfortunately my waffles did not quite live up to this blissful premonition.
After finding a recipe online, I scrounged the necessary ingredients together. I pulled out the whisk and started whisking. The recipe said to mix ingredients until the batter had a nice fluffy consistency. Here’s a tip – unless you’ve got arms like Popeye and the patience of a snail, leave the whisk in the drawer and go for the hand mixer. 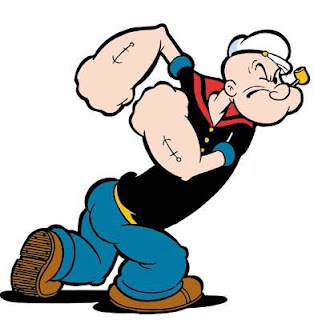 When all the lumps were obliterated, I brought the bowl over to the waffle iron. I had pre-heated it and it was ready. Because I did not want flaming waffle batter streaming out of the waffle iron, I was very conservative with my pouring. Here’s a tip – just give ‘er!

Having poured in the batter, I closed the lid and clamped it down. The sizzling did not immediately start, as I had imagined, but the batter did start to sputter. I watched with growing alarm as the waffle batter began to ooze out of the sides. It was while I was watching the batter flow out of the waffle iron like molten lava that I noticed the sticker on the side of the waffle iron. In bold capital letters it read “DO NOT CLAMP DOWN WHILE BAKING”. I hurriedly undid the clamp and peaked inside. The waffle did not really resemble a waffle at this point, but rather a sad looking square pancake. Apparently you are not supposed to clamp it down so that the waffles can naturally rise. Here’s a tip – unless you are planning on mailing your waffles to a friend, DO NOT CLAMP DOWN WHILE BAKING.

Finally after what seemed like an eternity, the waffle looked ready. It was not golden and fluffy. Instead it looked like a flat tire. I grabbed the corner and pried it out of the iron. Here’s a tip – unless you like the look of the waffle design on your fingers, use a spatula to get your waffle out of the iron. 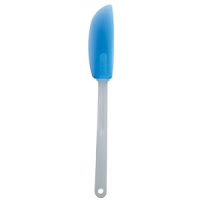 After running my waffled fingers under cold water (they almost looked more appetising than the actual waffle), I put some butter and syrup on my sad little waffle. I briefly considered getting the bike pump to inflate my waffle, but realized that that was just wishful thinking. I then reasoned that even though it looked like it had just been run over by a steam roller, the waffle might actually taste good. With renewed hope, I cut off a corner and put the large chunk of waffle in my mouth. Here’s a tip – unless you like the look of the waffle design on the roof of your mouth and tongue, I suggest that you let the waffle cool.
Although most of my taste buds had been singed off by this point, I still had enough left to tell me that the waffle was disgusting. It was like eating a leather belt (with a waffle design). Apparently I had overcooked it. 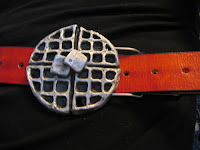 There was still a little blob of my pathetic batter left in the bowl. My pride needed some serious salvaging at this point of my waffle debacle. I grabbed the bowl and unceremoniously dumped the remaining batter into the iron. I closed the lid and did not clamp down the waffle iron. Sizzle, Sizzle, blah, blah, the rotten waffle was finally finished. I grabbed a spatula, pried it under a corner of the waffle and flung it onto the waiting plate. Though disillusioned and dispirited from my first attempt, I looked at the waffle, and was surprised to see that it was a lot puffier than the first waffle. ‘But will it taste better than my belt?’ I wondered. I sagely let the waffle cool down. I carefully cut off a piece and put it in my mouth. Hmmm. It was not amazing, but it wasn’t bad either. My mediocre waffle was a good starting point I decided. Here’s a tip – unless you like eating flattened waffles that could double as coasters, make enough batter for a second attempt. 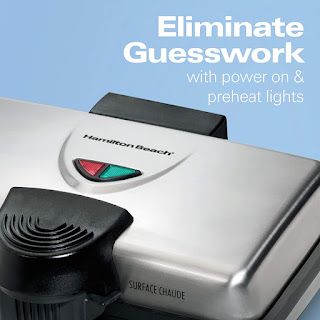 Posted by Greg Slingerland at 6:04 PM

My life as a teacher and other musings... 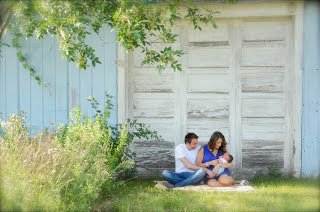 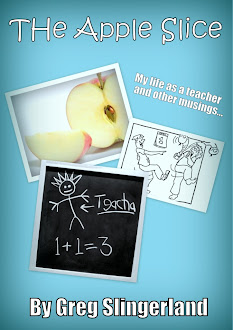